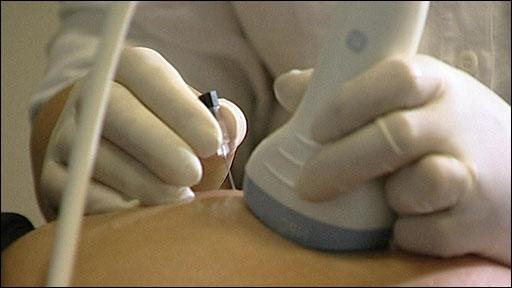 A lot of parents who are expecting a baby worry that their babies growing inside mom could have Down syndrome, a genetic chromosome issue which some infants can be born with. Someone with Down syndrome will generally be recognized because of unique appearance to their facial features. Even though not all children with this disease have the same features, people who were born with Down syndrome usually will have developmental and intellectual problems ranging from mild to moderate. And some people are fairly healthy while others have health problems which are severe, such as serious heart defects. However, parents can have a Down syndrome testperformed during pregnancy to look for this condition early on.

Diagnose Down Syndrome by Screening Test

The advantage of having the earlier screening test is it will give you additional time to learn all of the facts and make a decision about what you will do next. You might have to decide whether to continue on and have additional tests done.

This Down syndrome test is done in two steps during the first trimester, which includes:

Your doctor can estimate your risk of having a baby with Down syndrome using the results of the ultrasound and blood test, as well as your age.

This Down syndrome test is done in two parts during the first and second trimesters of pregnancy. The risk that you are carrying a Down syndrome baby is estimated from the combined test results. The test can get the same level of detection as the first trimester combined test has; however, it has a lower false-positive rate, which means that fewer women are identified incorrectly as carrying a baby with Down syndrome with this test.

This will check for fetal DNA that is circulating in the mother’s blood. It is usually recommended for women who have a bigger risk of having a baby with Down syndrome or who has a risk that was found by one of the earlier tests. The blood of the mother can be tested during pregnancy after 10 weeks of gestation have gone by.

It seems to be a test that is much more specific than other methods of looking for Down syndrome. If this test shows a high risk for Down syndrome, a diagnostic test which is more invasive could be used to figure out whether your baby really has Down syndrome.

The screening test will generally tell youthe risk that your baby will be born with Down’s syndrome. The cut-off is 1 in 150, meaning that if your tests results show a risk between 1 in 2 to 1 in 150 that your baby has Down’s syndrome, then this is a higher risk result. If the results show a risk of 1 in 151 or higher, this is known as a lower-risk result. The higher the second number is, the lower the risk will be.

Diagnose Down Syndrome by Diagnostic Test

If the results of your screening tests are worrisome to you or positive, or you are at a high risk of having a Down syndrome baby, you may think about getting more tests done to confirm the diagnosis. Your doctor can help you to decide in regards to the pros and cons of these tests. They are, however, always direct to show the result.

With this Down syndrome test, a sample of the amniotic fluid that is around the baby is drawn out with a needle that is inserted into the mother’s uterus. This is then used to analyze the fetus’ chromosomes. Doctors will generally perform the test after 15 weeks of pregnancy, during the 2nd trimester. It holds a small risk of miscarriage, but the risk will increase if it is doneprior to 15 weeks.

With this test, cells are extracted from the placenta and used to analyze the fetal chromosomes. Usually it is performed after 10 weeks of pregnancy in the 1st trimester, and it seems to indicate a slightly bigger risk of miscarriage than the 2nd trimester amniocentesis.

Also known as PUBS or percutaneous umbilical blood sampling, fetal blood is extracted from a vein in the umbilical cord and looked at for defects in the chromosomes. Doctors can carry out this test between 18 and 22 weeks of pregnancy. It holds a much higher risk of miscarriage than amniocentesis or CVS, so it is only suggested when the results of other tests are not clear and the information that is wanted can’t be gotten by any other method.

The initial diagnosis of Down syndrome after birth is usually based upon the appearance of the baby. The features associated with Down syndrome, however, can be also found in babies who do not have Down syndrome, so your doctor will most likely order a test called a chromosomal karyotype. This test uses a sample of blood and will analyze your baby’s chromosomes. If there is an extra chromosome 21 existing in all or just some of the cells, then Down syndrome will be the diagnosis.

Diagnostic tests will give a definitive yes or no answer for a majority of women. You will know from the results whether or not your baby has the chromosomal abnormality which the test was looking for.