What Does Excessive Earwax Mean? | MedGuidance

What Does Excessive Earwax Mean?

Your ears are complex systems and very sensitive organ and its main function is to transmit sound to the brain. It does not only provide you with the ability to hear but it also helps you maintain your sense of balance.

Because of its important function, there’s no wonder that your body has created a mechanism to protect your ears – ear wax. Also known as cerumen, ear wax is oil-like substances produced in your ears to prevent infection or irritation of your ear canal skin by trapping debris, dust, particles and microorganisms. It also reduces the risk of water causing infections by coating your ear canal with a waterproof lining.

But what if there’s an excess in the production of earwax? Does it have a negative effect on your body? 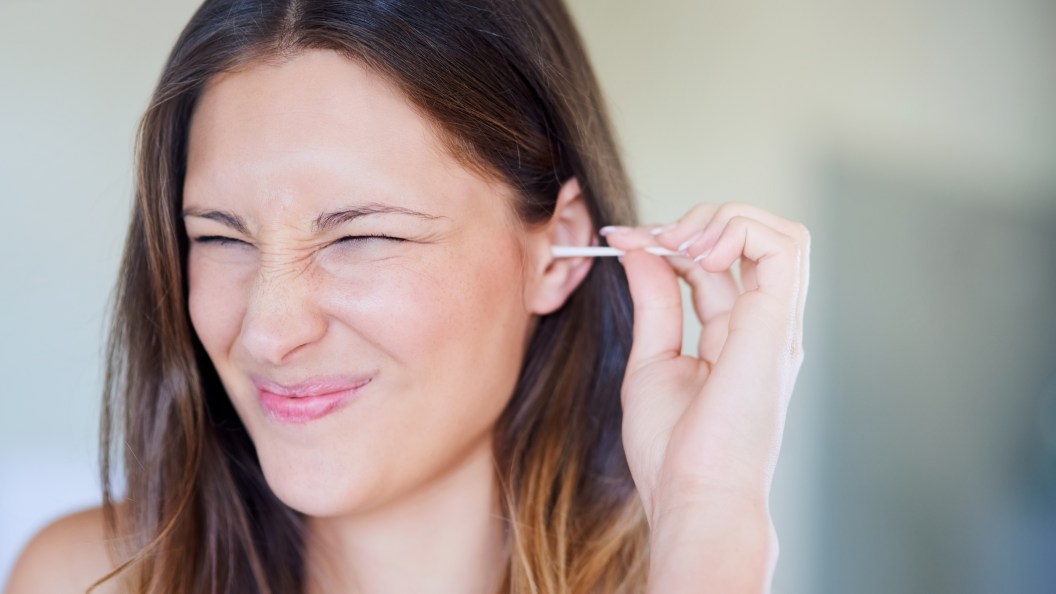 What Does a Lot of Earwax Mean?

According to Dr. Timothy Hain, a neurologist and professor emeritus at Northwestern University Medical School, some people naturally produce more ear wax. He calls them as “wax producers”. But there are also some causes that could lead to more earwax.

Your eardrum is a thin, cone-shaped membrane that separates your middle ear from your inner ear. A ruptured ear drum or ear perforation occurs when the thin and delicate tissues of your membrane are torn. This results to an excessive buildup of ear wax.

Most of the common causes of ear perforation are at home removal. Yes, you heard it right. Excessive usage of cotton swabs or other cleaning objects can harm your ear drum.

Other causes include physical trauma, rapid change in blood pressure and excessive loud noises. Frequently using loud earphones can cause ear wax blockage as it prevents earwax from coming out.

You’re more likely to develop an inner ear infection when you have ear perforation. When there is a tear in your membrane’s tissue, bacteria can easily enter into your inner ear, which results to an ear infection. Your ear wax does not have the ability to expel these bacteria from your inner ear when infection has already developed. In addition, wax buildup can happen because of the pus or oozes that drains into your middle ear.

Inner ear infection is often a byproduct of another illness – flu, cold or allergy – which causes swelling and congestion of your nasal passages, Eustachian tubes and throat.

What does a lot of earwax mean?Hearing instruments such as ear plugs, hearing aids and headphones block the natural wax migration which results to wax buildup.

These excessive buildups of wax occur when you don’t practice frequent or correct cleansing methods on your hearing instruments. Hearing aid users should follow the cleaning procedure suggested by an audiologist or other hearing aid specialist.

Have you heard of this alternative method in cleaning wax buildup in your ears?

Though practiced by many, American Academy of Otolaryngology strongly discourages using this cleaning method as it can potentially cause damage to your ear. Aside from causing wax buildup, it can also burn your ear and candling product may leave residue in your ear. Production of wax is increased as your body’s natural response to heal the damaged tissues and remove candling residue out of your ear.

Your body changes as you grow older; your earwax is one of those that changes in your body as you aged.
According to U.S National Library of Medicine, older people produce a lot of earwax. Their earwax glands start to shrink hence it produces less secretion. This results to the drying out of earwax. There’s also a continuous buildup of dead skin particles, and because of dried earwax, your ear is less effective in lubricating and cleaning itself.

What does a lot of earwax mean? It might just be caused by where you are living.

Because of your body’s natural defense mechanism, it automatically triggers defense action when it signals risk from bacteria or other foreign particles. If you live or work in a dusty environment, your body will produce more ear wax as a way to protect your ear canal.

How to Get Rid of Excess Earwax

You can get rid of the excess earwax yourself at the comfort of your home. Remember that your ears are delicate, so use cotton swabs only on your outer ears.

Soften your earwax with over-the-counter drops. You can also use hydrogen peroxide, mineral oil, carbamide peroxide, glycerin and baby oil.

Irrigating your ear is another way of removing earwax buildup. Follow these steps to properly irrigate your ear:

Remember never to attempt ear irrigation if you have had a medical procedure done in your ear or if you have an ear injury. Don’t use products that were made for irrigating your teeth or mouth either.

Also take note that you should not dig out earwax buildup yourself. This does not only pose a risk of infection or hearing loss, but can also cause a major damage to your ear.

Do You Need to See a Doctor?

Most of us don’t really go to the doctor for earwax removal. In fact, a once a year cleaning at your doctor’s appointment is enough to keep away the blockage.

However, after knowing "what does a lot of earwax mean", you know sometimes excessive buildup causes ear irritation, so seek medical treatment is needed in this condition. There are other conditions that have symptoms of earwax buildup, so it is important that your physician rulesany serious problems out.

To clear the wax off, your doctor may use suction, irrigation or a small, curved instrument called curette. Remember to follow your doctor’s instructions for aftercare diligently.

While most people return to normal immediately after wax removal, there are some that may encounter the same problem again in the future.