What NSAIDs Are and How They Work | MedGuidance

What NSAIDs Are and How They Work

NSAIDs, or nonsteroidal anti-inflammatory drugs, are common in just about every home. These drugs are taken on a regular basis by individuals of all ages. They are recommended to treat a number of ailments from aches and pains to fevers. While you may have taken them a number of times, you might not know exactly what NSAIDs are exactly. This article will reveal everything you should know about these common drugs. 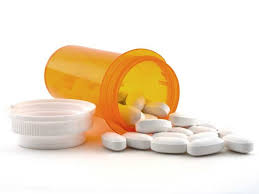 NSAIDs are anti-inflammatory medications that are used to primarily treat inflammation and are one of the most commonly prescribed and recommended drugs to patients. They can also be used to reduce stiffness, pain, fever, blood clotting and swelling.

The most common types of over the counter NSAIDs include:

NSAIDs can also be prescribed. The most common prescription NSAIDs include:

How Do NSAIDs Work?

There is a wide range of NSAIDs that fall into a variety of classes, but they all tend to have the same effects. They reduce fevers, inflammation, and pain in similar ways. How they actually work is a more complex process.

There are two types of COX enzymes. COX 1 enzymes protect the stomach and maintain proper kidney functioning. COX 2 enzymes are produced when there is an injury to the joints or they become inflamed. When asking "what are NSAIDs", you will need to consider the effect they have on these COX enzymes. NSAIDs typically block both COX 1 and 2 enzymes, but there are certain NSAIDs that target only the COX 2 enzymes.

What Are NSAIDs Used to Treat?

In the most simple terms, NSAIDs are used to treat conditions that can fall into one of three categories. These include:

A NSAID may also be prescribed to help prevent artery disease. In low doses, NSAIDs can reduce the risk of stroke or heart attack. Aspirin, the most widely known NSAID, is used to treat most conditions. It is also the most effective NSAID that inhibits blood clotting for the longest period of time, up to seven days. For this reason, aspirin is often recommended in low dosages to prevent heart attack or stroke.

Precaution and Side Effects of NSAIDs

When taking NSAIDs, individual should be aware of these precautions:

When asking what are NSAIDs, you may also be wondering about the side effects they can cause. As with any type of medication, NSAIDs can have some side effects. While prescription NSAIDs tend to increase the risk of side effects, even over the counter NSAIDs may cause:

While rare more serious side effects can include:

Children or teenagers who take NSAIDs have a greater risk of developing Reye's syndrome which can be a fatal, especially if they have the chickenpox or influenza.